The Colares wine region located around Sintra is one of the worlds oldest producing areas if not one of the strangest. It is in-fact the second oldest demarcated wine regions in Portugal after the Douro. However the art of making wine though was first introduced here by the Romans when they occupied the region. The vines are planted in the sand dunes which follow the coast, trained low to avoid the Atlantic winds. This challenging terrain proved too harsh for the phylloxera louse which devastated nearly all of Europes vines in 19th century and the shortage of competitors led to a boom in the popularity of Colares wines. However the processes involved in planting and training vines in such a alien environment for grapes is arduous and production has fallen sharply in the last 50 years from 2,500 acres of vineyards in the 1940's to just 50 acres today.

What is produced nevertheless is of excellent quality and quite distinctive. The acidic and tannic nature of the reds mean they're aged for years before being released on the market. Today there is a consorted effort to revitalise the industry and new vines are being planted in areas which are also in much sort after demand from tourism. 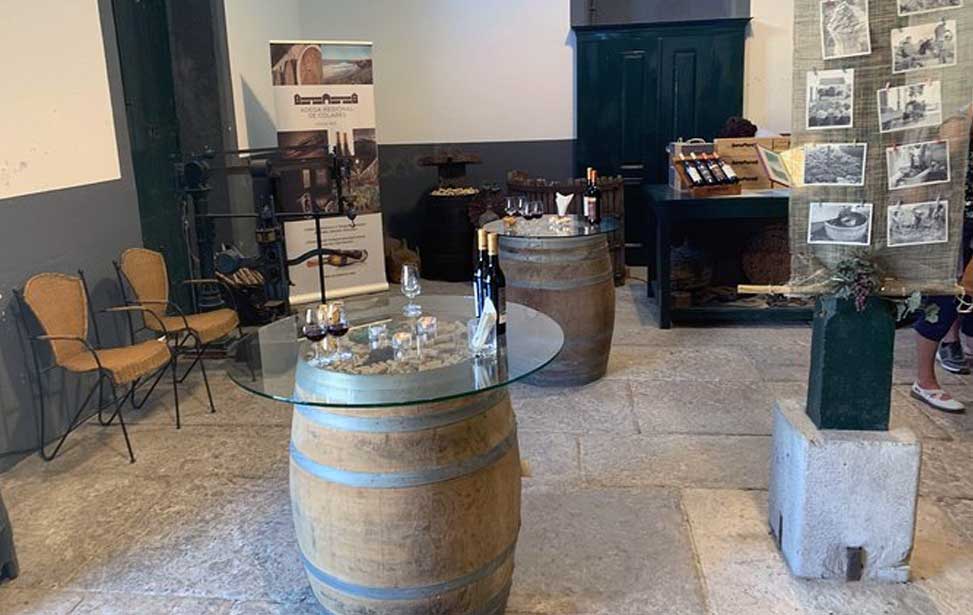 Private Tour to Sintra
with Wine Tasting in Colares

After being picked up from your Lisbon accommodation you along with a small group will head off to Sintra where you'll be give one hour to explore at your own pleasure. After you'll be taken to the world famous Adega Regional de Colares for tasting of two wines. 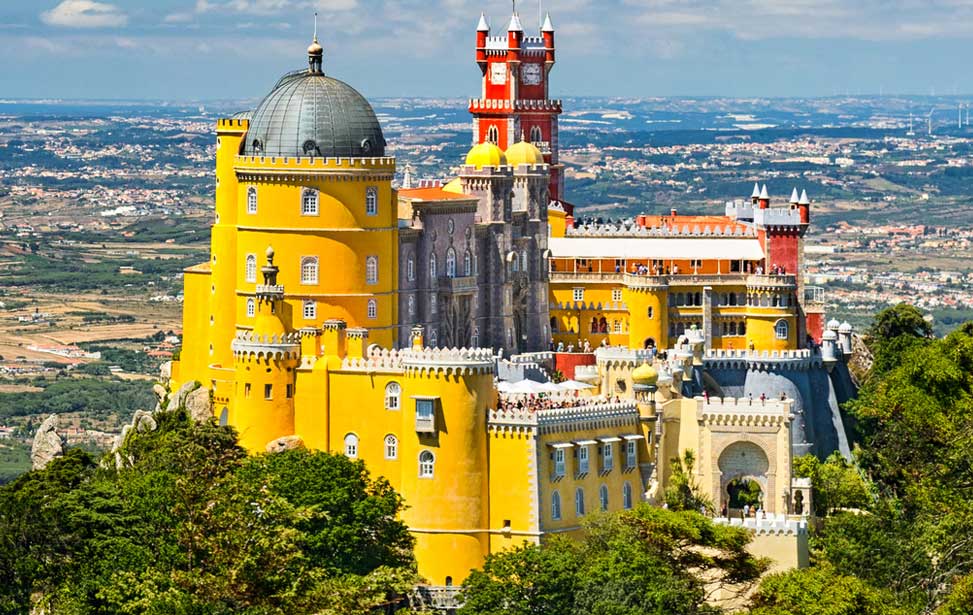 After the Hotel pick up from Lisbon you'll experience tour of Sintra town, Cascais and the coast along with monuments, places of interest and explanation of regional history. Included in the price is entrance to Pena Park and Palace along with wine tasting at the Adega Regional de Colares. The tour lasts for about eight hours. 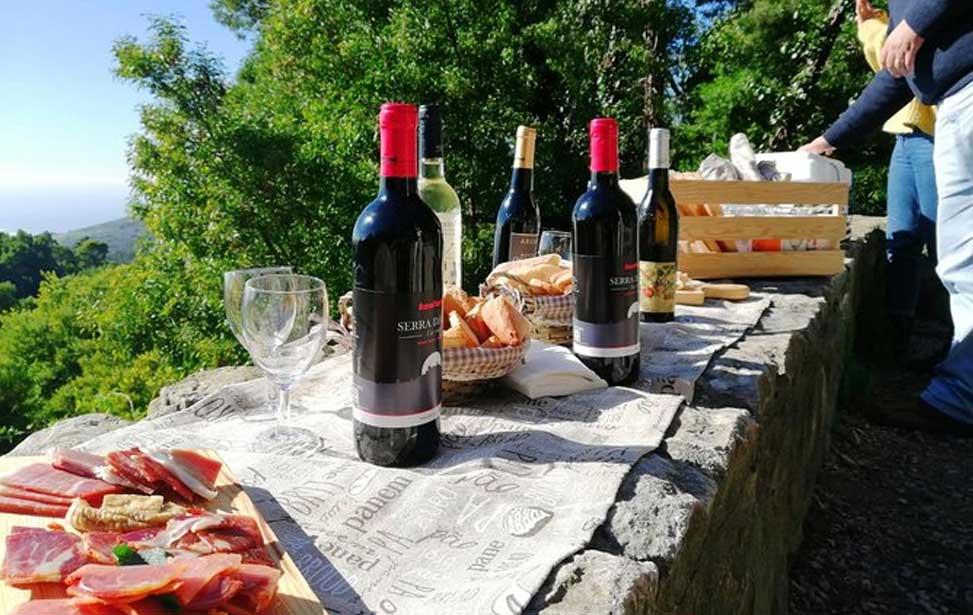 Created especially for wines lovers this tour will take you through the dramatic landscapes and coastline of Sintra-Cascais with stops at the Adega Regional de Colares, further wine tasting at Azenhas do Mar. You'll also get to see Cabo da Rocha before sampling tapas and more wine in a secret location. 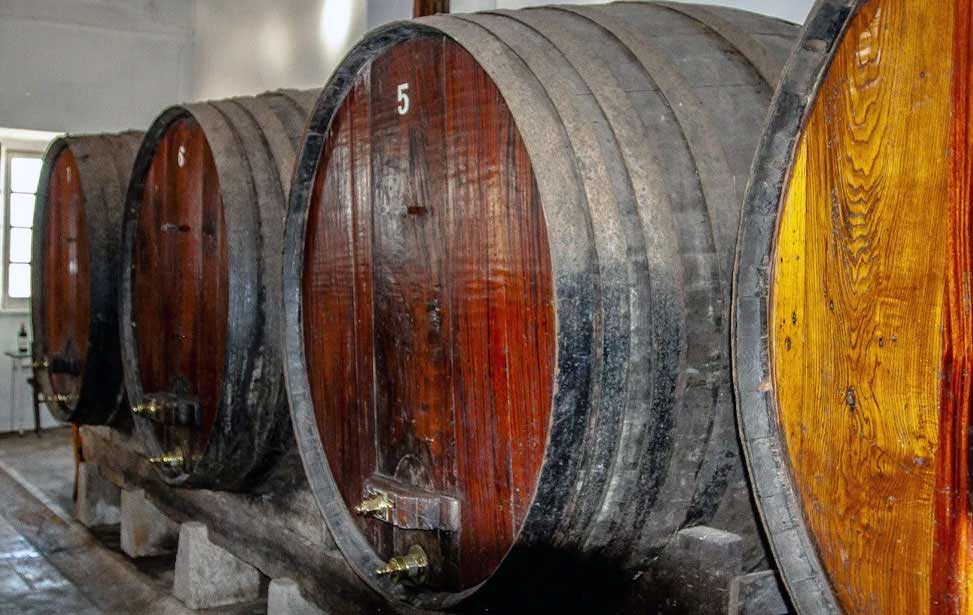 Retaining some of the oldest private wine cellars in the Colares denominated region in the village of Azenhas do Mar António, Bernardino da Silva Chitas set up the Beira Mar in around 1900AD. The company continues age old traditions of producing Colares wines and today they are the only Colares producer who are exporting internationally. Visits should be pre-booked in advanced, there are guided tours available and an on-site shop. 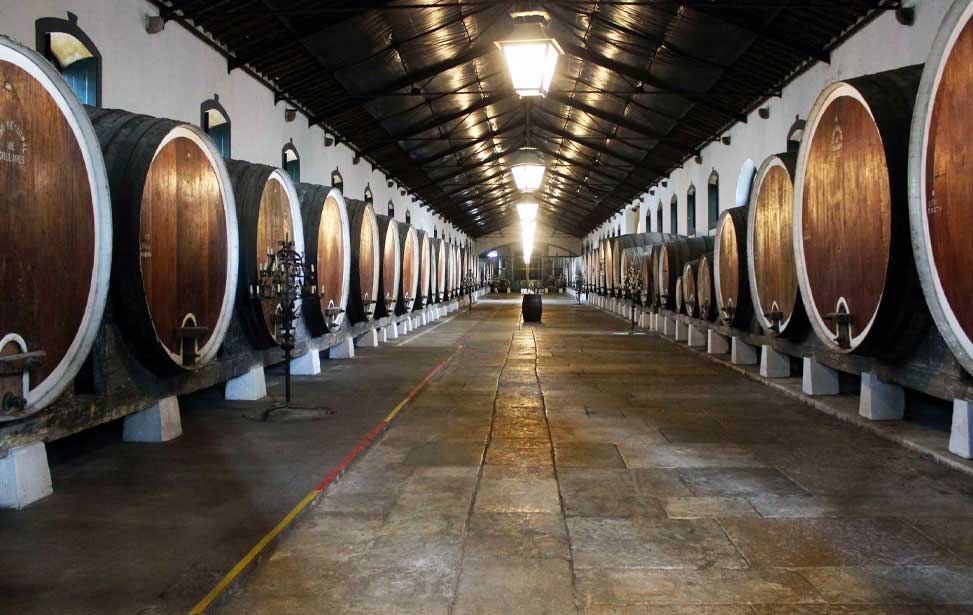 The Colares Regional Wine Cellars is a cooperative founded in 1931 which currently produces over 50% of the regions wines and are supplied by 90% of the areas producers. This cooperative has played a massive important social role in the regions agricultural sector for over 75 years. It produces wines from the Colares Protected Designation of Origin, regional Lisboa wines and non-classified table wines. The original building is still in use and is looks impressive both from the outside and inside due to its sheer size. The main building houses a vast number of huge vats where the cellars wines are aged. Visits and guided tours are available by pre-booking using the following contact details. 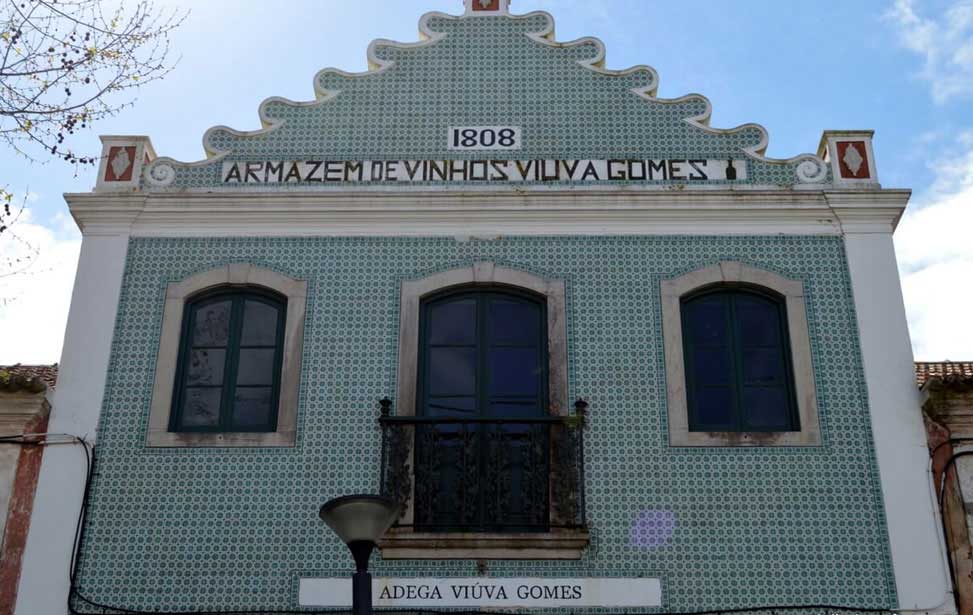 Located in the village of Almoçageme Viúva Gomes is one of the oldest cellars producing Colares wine. Viúva Gomes & Filhos became famous in 1915 when it won first prize at the Panama-Pacific International Exhibition and was the main supplier of wine for the troops serving on the Western Front during World War One. In 1989 the company was bought by Jacinto Lopes Baeta & Filhos who implemented a new marketing strategy for the wine. There's a shop on site and prior booking is required for visits at designated Open Days. 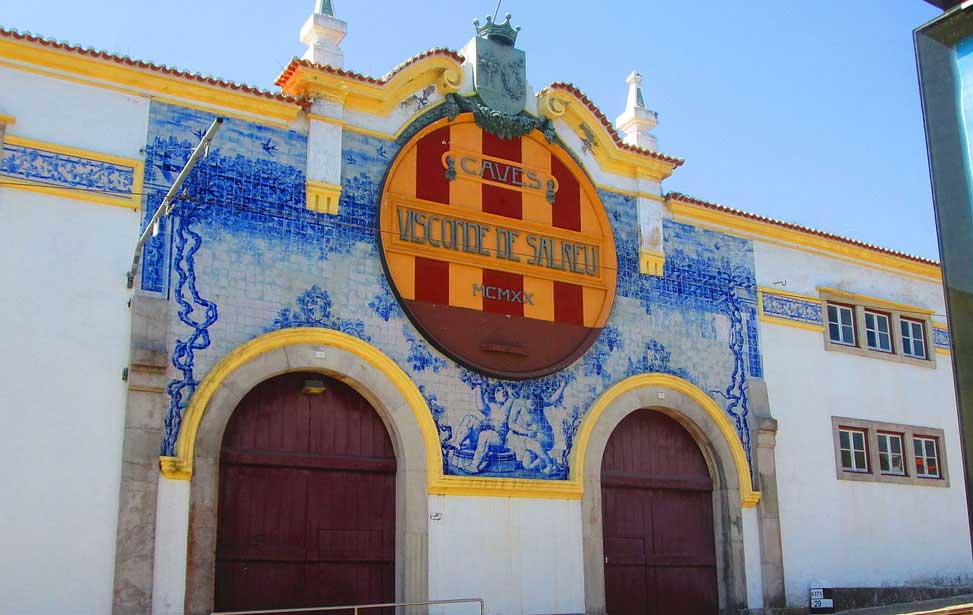 Inspired by the global success of Colares wine the Viscount of Salreu built a huge cellar of his own in 1921 in the village of Banzão. The remarkable building was designed by Norte Junior who drew inspiration from regional styles and the façade can be seen from the road that links Colares to Praia da Maçãs.. It consists of two parallel blocks which form a pair of structures. The winery is currently owned by the Chitas family. Call them for details about booking a visit and wine tasting. 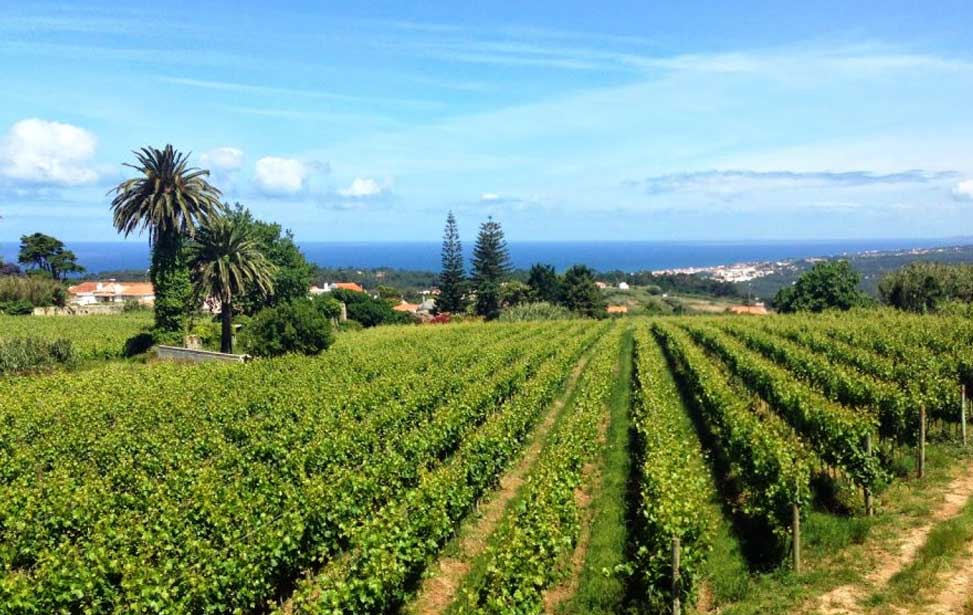 This winery dates back to the beginning of the 18th century, it's main house was built in 1720 and is a survivor of the 1755 earthquake due to the granite bedrock. The vines have recently been replanted after a 100 year break in production. Casal Santa Maria prides itself as being mainland Europes most westerly vineyard. Wine produced here vary from being of regional varieties to more international and a break from tradition. The quality of the wine produced is mainly accounted for by the rich soil, sea breezes and temperate climate leading to wines being very aromatic, fresh, mineral, elegant and balanced, with a singular, strong salty touch. Some of these wine are complex and show great potential for ageing. Tours are welcomed by appointment and come with sea views as standard.